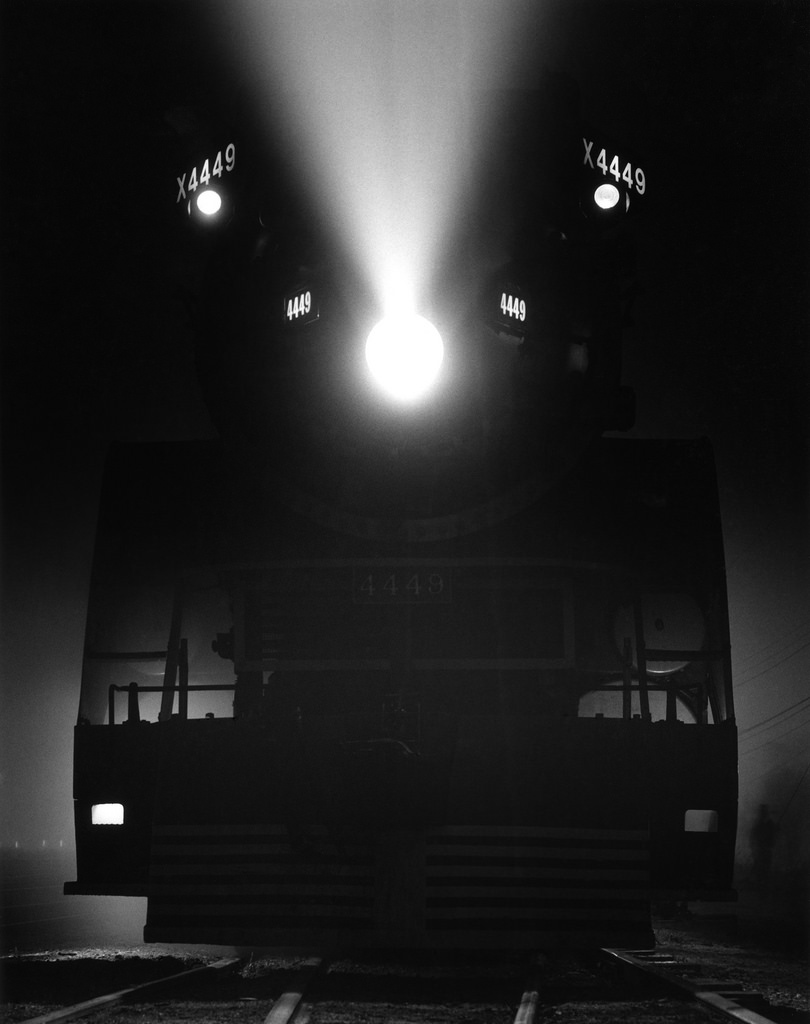 An Earnest of Intent

Posted in Marvels, and Parables

The track ran across the property on a steep-sided, 20-foot-tall embankment. I could see the rails shining in the bright starlight. They stretched off into the glacial plains near Tenino, Washington. A train horn sounded, far away, then again, closer. Chopper handed me the ends of two very, very long extension cords, and said, “When I say go, you plug them together.”

The tracks bisected a 90-acre ranch that was to be the site of a rock festival, Sky River II. It was 1969. At the other end of the country, a much bigger festival was gearing up in Woodstock, New York. But even our smaller event was expected to draw a couple-hundred-thousand people or so. The plan was to have folks park on one side of the embankment, and then funnel them into the performance area through a narrow notch, topped by a trestle, in the middle of the property. Our hope was that thereby at least some people might actually pay to get in. But we were dealing with hippies here, so we understood that quite a few of them were likely to scramble up the embankment, cross the tracks, and scramble down. The problem was the train, an express that brought boxcars full of apples from Wenatchee, and brought them at about sixty miles per hour. If we couldn’t slow that train way down, it seemed inevitable that some number of stoned/daredevil/oblivious gate-crashers were going to get smushed.

So we called up the railroad company, told them our story, asked for a little consideration. They sent out men in suits and hardhats, in a car mounted on train wheels that rolled to a stop near the trestle. The men got out, looked around, pointed, conferred, got back in the car, and drove away. The train kept coming through at sixty.

We called the railroad again, and again, as the date of the festival neared. I was on the crew that built the stage and the vendor shacks, among other things, and every day I saw the train hurtle by, and every day I worried a bit more. We all did. Once, some local kids were lolling on the trestle, watching us longhairs at our work, and the combination of the noise we were making, and the music they were playing, and the novelty we provided resulted in their not noticing that a train was bearing down on them. Fortunately it was a very short trestle, and they were able to get out of the way. But in a few more days there was going to be high-decibel music playing around the clock, for a lot of people. So we called and pleaded some more, but the train kept barreling through.

Our work days were long, and often stretched well into the night, so we would set up generator-powered lights, and drag them and their cables hither and yon. I worked with a man named Chopper, who was the wise, knowledgeable, skillful reason that we had any hope of successfully assembling the needed infrastructure. He was a carpenter, a plumber, an electrician, a labor mediator, a cook, and more. It was said that he could light a campfire in the rain, using green twigs, a pack of wet ZigZag papers, and a single match. We all worshipped him, and we all learned a lot from him.

With the passage of years, I have come to realize that he was also maybe a bit, um, impulsive. But at the time he just seemed creative. One night, with the opening just a few days away, he asked me to help him with a little project. It was late, and I had been running a Ditch Witch all day, then laboring under the lights building the stage, but I said sure. Together we dragged a couple of work lights, on their stands, over to the trestle. We carried one of them up the embankment on one side, then climbed down and took the other one up on the other side. Then we snaked cables from them to a generator, and rigged a separate pair of cords that ran to a junction that connected all the components. We dragged those cords up the embankment, settled in, and waited.

Crickets, a little sough of wind, the hum of the generator, and then that horn, approaching. The train appeared from around a bend, its big headlights jiddering a bit as it thundered towards us. As it got closer its mass and power became palpable. The ground began to shake. When it was about half a mile away, Chopper shouted, “Go!”

I shoved the plugs together, and instantly two bright lights lit up, about five feet off the ground, directly adjacent to the tracks. From where we sat – and from the cab of the train – it looked rather like the lights of a train coming the other way. It didn’t make any sense, but it didn’t have to. The engineer immediately locked up the brakes, and there commenced the most glorious, terrifying, massive skid imaginable. The engines slid past us, speed barely diminished, followed by the boxcars. Huge showers of sparks flew off the wheels, and the air was filled with the sound of steel squealing on steel, and of boxcars slamming into each other. Car after car went by, the speed of the whole assembly gradually diminishing until it all came to a stop, with the last cars hulking next to us, and the front of the train at least a mile past where the skid had started.

For a minute or two there was just some hissing of valves, and the distant thrum of idling engines. Then the train slowly gathered way, accelerated, and made its way into the night.

The next day, and right through the festival, every train slowed to a crawl as it neared the site. Once I saw it stop to let some hitch hikers off. The crew waved at the crowd.

There is an ancient term, “An earnest of intent.” It means a sort of downpayment. It is a promise that you will follow through, and evidence that you can follow through. It lets the other person know that you are serious.

Note: A few years after the events described here, Alfred D’Attore wrote a story on a whole different topic, but with a related theme. With apologies to him, I’ve used the same title.

If you enjoyed this story there are lots more, plus puzzles, in the Blog section of our site. See the menu above.